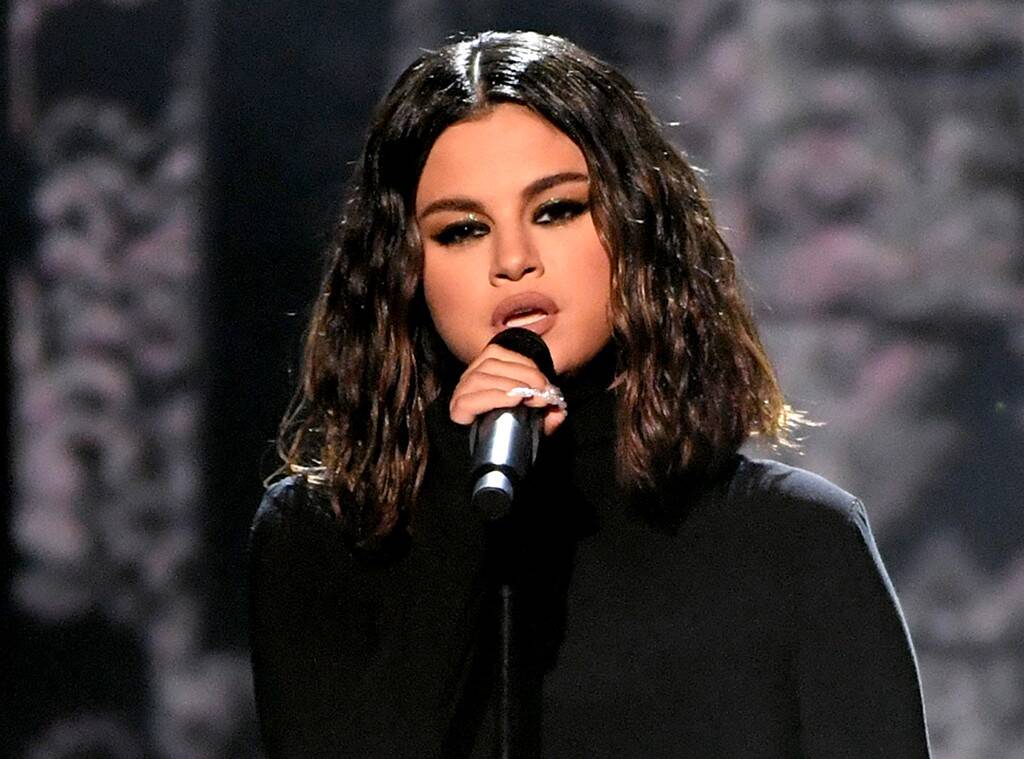 Somebody has a big (little) fan. Selena Gomez shared a sweet BTS video from her American Music Awards rehearsal on Sunday, November 17. It was a special day at the office as the singer was joined by a tiny little audience member. “Bring your kid to work day. Except he’s not mine,” she captioned the clip. In the video on her stories, the 27-year-old sweetly sang her song Lose You to Love Me to her little visitor as he laid on the ground in front of her. Selena Gomez had a special guest as she practiced her song

*****
In a still, Selena sweetly looks down at her tiny fan as she serenades him. The Look at Her Now singer is preparing to hit the American Music Awards stage on Sunday, November 24. This will be the first time the songstress makes her return to the show since 2017 when she took the stage to perform Wolves.
MORE: Selena Gomez on being judged about her weight gain
Mini dates have been Selena’s thing. Earlier this month, the Hands to Myself singer had a special guest on the Frozen 2 red carpet. Selena was accompanied by her little sister Gracie. The pair were trés chic in matching Marc Jacobs ensembles. “Hope I’m officially the best big sissy every now...she was LIVING her best life!! Frozen 2 was amazing!!! Styled by:@kateyoung @marcjacobs Glam: @marissa.marin @makeupbymelissam birthed by: @mandyteefey.” The adorable sister duo posed hand-in-hand on the carpet and even shared a sweet kiss. There’s no telling if the Disney Channel alum will walk the upcoming carpet with his mini-me. Selena has also been mum about other surprises on the way. One thing she’s been candid about is new music.  On Sunday, Selena shared a picture of herself sitting in the studio. “Well…still here,” she captioned the photo. We’ll be waiting for more music and even sweeter moments.
Shares
NEXT ARTICLE Next Post
PREVIOUS ARTICLE Previous Post
NEXT ARTICLE Next Post
PREVIOUS ARTICLE Previous Post