Bumble May as Well Have Blocked Sharon Stone on Purpose

It was an accident, and a good PR move. 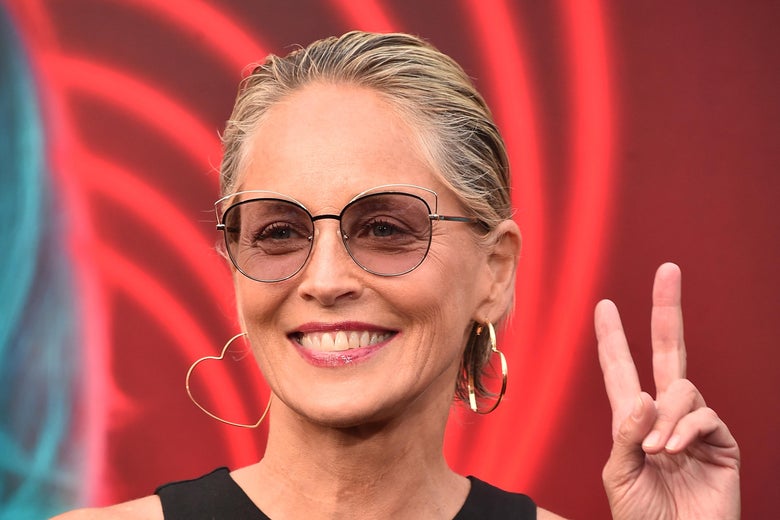 Stars truly are just like us: engulfed in a personal reckoning with a dating app. Sharon Stone announced in the very early hours of Monday morning (prime time for lying awake and swiping!) that she had tried to use Bumble, only to have her account shut down. “Some users reported that it couldn’t possibly be me!,” she wrote on Twitter, tagging the company’s account. “Don’t shut me out of the hive.” She finished with a bee emoji, and then tweeted a screenshot for good measure.


So fortuitous was it for Bumble to be called out in this way—here we are, adding to the cacophony of press—that I initially assumed it all had to be a PR stunt. Who but someone on the inside would call Bumble a “hive”? Alas, a representative for the company insisted this wasn’t planned. Especially for an apparently organic interaction, the problem was quickly resolved. At 4:26 a.m.—just hours after Stone’s initial tweet—Bumble’s editorial director replied to the actor to report that her account had been restored.

AHA! @sharonstone, we at @bumble found your account, unblocked you, and ensured this won't happen again. You can get back to Bumbling! Thanks for bearing with us and hope you find your honey.🐝
— Clare O'Connor (@Clare_OC) December 30, 2019


Why is accidentally blocking a famous person great for Bumble? The immovable reality is that dating comes down to meeting people plus serendipity, which means that no matter how fancy its sorting algorithm is, any dating app’s most distinguishing feature will be the kinds of people who use it (or at least appear to). The fact that Stone was blocked (and unblocked) from Bumble means that she is on Bumble, making it both a place where you can run into celebrities, and one where a celebrity would deign to be seen. In fact, Bumble has made some effort to position itself as a place where you can bump into note-worthy people. Among photos of beautiful nobodies in last year’s Find Them on Bumble ad campaign were a handful of niche famouses, like Vox journalist Liz Plank, former Obama deputy chief of staff Alyssa Mastromonaco, and Soul Cycle founder Julie Rice.* Bumble also recently ran a contest to hang out with “20-year-old Riverdale hunk” KJ Apa; users could enter by finding his (presumably PR-crafted) profile on the app and swiping right. Celebrities typically note that they’re on the more exclusive app Raya, so Sharon Stone is a big upgrade for Bumble.

Stone’s foray into Bumble also boosts the app’s appeal for older folks (she’s 61), and in particular, people who might be looking for more than a hookup, a space well-claimed by Tinder. A survey of users that the company shared last year suggested that the vast majority are looking for a partner. The women that use the app (or that the company wants you to think use the app) “have established their careers, experienced love, had families, and know what they want in their next relationship,” Bumble’s in-house sociologist told Mashable.

Even the fact that Bumble blocked Stone neatly fits into its empowerment-app narrative, alongside its central feature of having women make the first move, in theory cutting down on creepy spam. You want your dating app to err on the side of aggressively blocking catfishers. Bumble, a PR rep told me, was also the first app to offer a way for users to verify that they’re real people (you take a photo of yourself making the same gesture as shown in a random photo). It’s unclear why Stone didn’t do this—perhaps going on the app was a lark, and she just hadn’t bothered with looking at all the features. After Bumble unblocked her, it invited her in a wildly shared statement to its headquarters for some personalized dating help. If only the company would build perfect dating profiles for the rest of us, too.
Shares
NEXT ARTICLE Next Post
PREVIOUS ARTICLE Previous Post
NEXT ARTICLE Next Post
PREVIOUS ARTICLE Previous Post