A group of Good Samaritans recently discovered and rescued four orphaned baby red squirrels, and placed them with an unusual surrogate mother…
The squirrels were found in Bakhchysarai, a city on the southern Crimean peninsula. They were only one month old, and their eyes were barely open.
The group was worried that they wouldn’t make it.
So they safely placed the squirrels in a box and brought them to Miniature Park, a tourist destination where a family of cats resides.
The adult female cat, named Pusha, had recently delivered a litter of four kittens. The group decided to turn the baby squirrels over to Pusha in the hopes she would accept and raise them as her own babies.
There was not an instant connection between the two species. 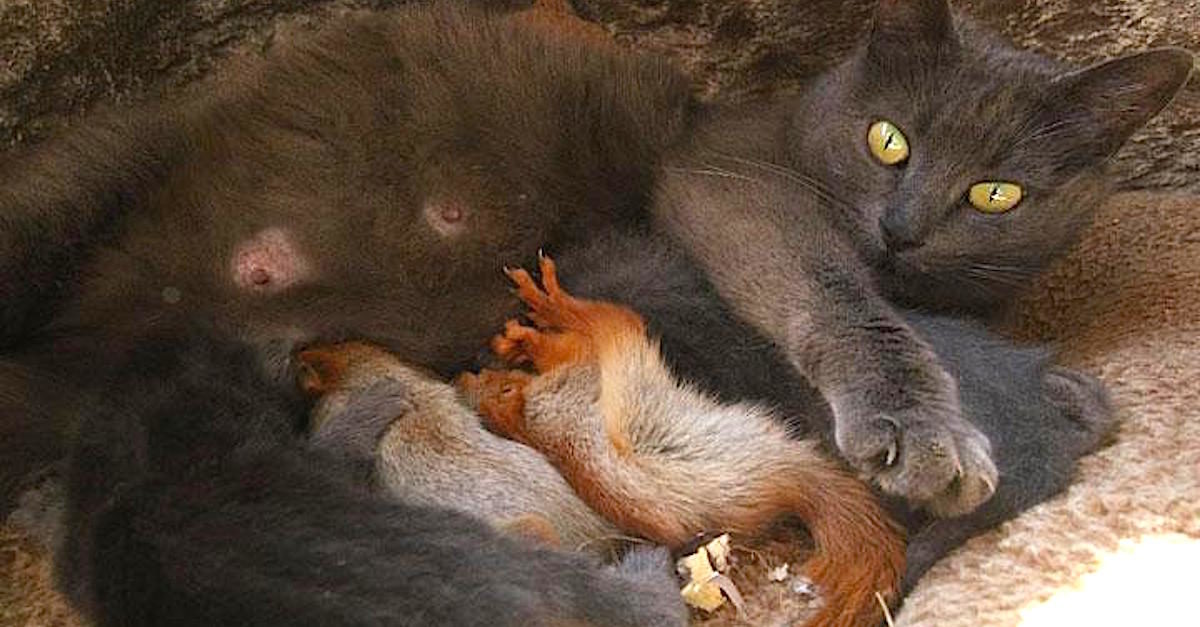 Photo: YouTube/Inside Edition
It definitely took some time for the animals to get used to one another. After all, they’d typically would be enemies out in the wild.

The baby squirrels were afraid of Pusha, and mama Pusha got freaked out whenever the squirrels tried to make contact with her.
It didn’t seem like they were going to bond…
But as you’re about to see, things are now much different between Pusha and her brand-new babies… proving once again that a mother’s love truly knows no bounds.
Watch the video to see more about this mama cat and her babies.
Shares
NEXT ARTICLE Next Post
PREVIOUS ARTICLE Previous Post
NEXT ARTICLE Next Post
PREVIOUS ARTICLE Previous Post